Gaslighting in the Judicial System 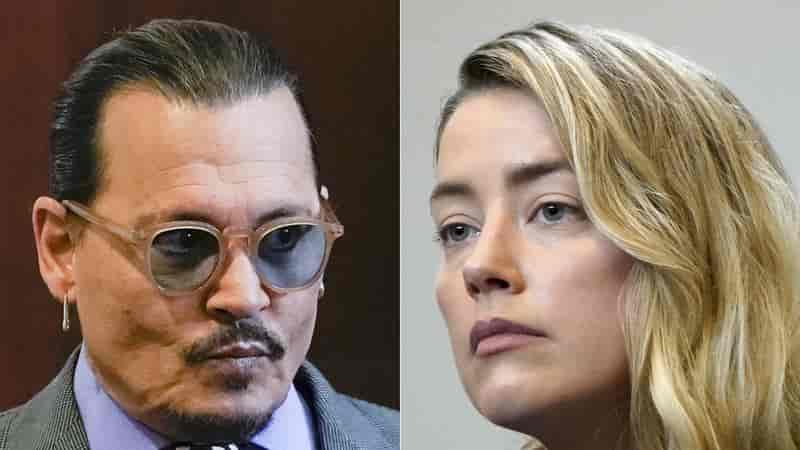 It's quite extraordinary the amount of hate toward Amber Heard. Let’s just take a step back and ask ourselves what this court case is actually about. To clarify, it’s an attempt by Johnny Depp to sue Amber Heard for defamation, due to an obscure reference in an article she wrote several years back, which stated she became a public figure representing domestic abuse (no names, no details).

Let’s not forget that fact – it’s a defamation trial.

He says her obscure statement is responsible for him being banned from upcoming movies with Disney and was responsible for a massive loss of earnings, which he is seeking to ‘recoup’ from her (he wants “not a cent less than 50 million dollars”).

Yet throughout the trial, even though there has been plenty of evidence to show that she has in fact been the victim of domestic abuse, which as we know isn’t only limited to physical abuse, but also emotional and verbal abuse (which we clearly heard on several audio recordings and in videos, and in correspondence Depp had with others), he is still holding her solely responsible for his loss of earnings due to that article.

When Disney producers were questioned about the reasons why they didn’t re-hire Depp for more movies, they said that they didn’t do so due to him becoming increasingly difficult to work with, where he would leave cast and crew waiting for him to arrive, for four hours or more on many occasions, which seemed to coincide with his increasing stardom, inflated ego, and drug and alcohol abuse, which escalated over the past 10 years.

His lack of professionalism and unfulfilled obligations in this regard became common knowledge in his industry, and was the reason movie companies no longer wanted to touch him. At the same time, his toxic relationship with Heard was getting more media coverage too, which happened before she wrote that article.

Depp’s former agent of 16 years was honest with him when she told him that his alcohol and drug use were "hurting him" but he didn't listen and instead terminated her from her job as well as others in his life who dared to speak up, challenge, or try to help him take accountability. The ones who enabled and covered up his negative choices, remained with Depp.

Based on this evidence, his loss of earnings can only be attributed to his own choices: drug use, alcohol abuse, ego, and indeed, the very public toxic relationship that has come about as a result of all those things and that he was a willing participant in. I can’t imagine it would be easy to live with a jealousy-fueled, egotistical celebrity drug addict, who like many other addicts, refuses to acknowledge that he has a problem, but instead blames others, while projecting ignorance and innocence.

It’s the one GLARING problem in this crazy “He Said - She Said” case that Depp has voluntarily dragged Heard into: Depp’s lack of personal accountability for the consequences of his own choices. He is attempting to sue Heard for his own career and personal downfall, exclusively scapegoating her for his own poor choices that have led to this … including the toxic relationship that he was willingly a part of with her (and which clearly related to his drug and alcohol addiction), and which made media headlines due to his own stardom and the world’s obsession with celebrity gossip. I’m still unable to see how that’s Heard’s fault… oh that’s right… it isn’t. 🤔

She's an easy target due to the power imbalance he chooses to exploit. Drugs, alcohol, ego, 20 year age gap, and being one of the biggest stars in the world, are a toxic cocktail in a relationship like that, but also in this heavily weighted court case in Depp's favor according to the 'court of public opinion', which he has personally manufactured by dragging Heard through a humiliating globally televised court process that enables him to exploit his power over her, and in doing so, advertently or inadvertently, gaslighting people of the world to destroy her credibility, career and life in his misguided act of ‘vengeance’.

One has to think, given he's also attempted to sue others for defamation in the past, that it's also a desperate money-grab given his career funds are no longer forthcoming yet he still needs to service his expensive drug habit that he refuses to take accountability for.  🤷‍♀️

I find it very disturbing that this woman is being so publicly attacked and villainized for a train wreck that was already in motion... being forced to sit through and recall very personal events, all while being scrutinized by trolls and haters who weren't there to witness it, all on account of Depp – who deliberately chose the state of Virginia so that he could get the trial publicly televised for all to see for “transparency purposes”, but more realistically, to globally humiliate Heard due to her own shortcomings and imperfections, and all that she endured in that relationship. It also provided the perfect opportunity to get all the crazies on side with him, who say that she isn’t crying enough, or when she does, it's fake: publicly villainizing Heard as the sole reason for Depp’s loss of income, which based on evidence, simply isn’t true.

I don't think either of them were saints in their relationship - it was seemingly toxic and dysfunctional - but that's not what this is about. Depp's refusal to acknowledge or take responsibility for his own actions and choices (like drugs and alcohol and the impacts those had on him, his career, and his relationships) and his decision to blame others instead - particularly Heard - are responsible for his personal and professional downfall and this very public, misguided, and cringeworthy attempt at getting his money and career back. It's sad but true... and I feel very sorry for Depp, like many drug addicts, who find it difficult to take accountability for their drug addiction because they can't and won't break their habit... but more so for Heard who is being so publicly scapegoated and villainized for it.